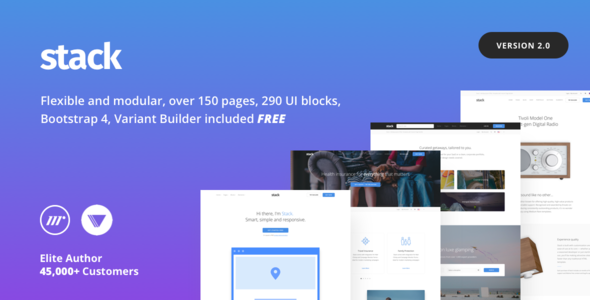 Stack is a robust, responsive multi-purpose HTML5 template compatible with Bootstrap 4. Take your Startup business website to the next level. Inspired by Bitcoin? Launch a cryptocurrency ICO. Show off your one-page portfolio with smooth parallax. Feeling creative? Begin construction on your blog. Stack will Amp up your multi-page corporate or mobile app website. Sell more with a responsive property, real estate or restaurant landing page.

Variant takes the pain out of building a website. Use our exclusive page builder to save time. Stack forms the ideal starting point to static or CMS website projects of any kind.

Stack has everything you need, boasting over 140 demo pages, 270 customizable interface blocks and a plethora of carefully crafted base elements.

Quality and quantity in equal measure

Stack ships with over 140 content layouts, including 30 tailored niche homepages (from startup landing page to restaurant, portfolio and more) showcasing just a glimpse of what is possible with the detailed block and element library — from working social media feeds, contact forms and subscription blocks to fullscreen lightbox galleries and filterable portfolios, Stack is infinitely reusable, the ideal go-to template for your client projects.

Each of Stack’s 240+ interface blocks are powered by the vast collection of customisable elements. This modular system empowers developers to create their own blocks quickly and easily leaving more time for layout and interface experimentation. Our dedication to high performance means that Stack never uses inline styles, junk classes or layout-specific stylesheets. Instead, you’ll find a modular collection of LESS components to include (or exclude) based on the individual needs of your project — no one file size fits all solutions here.

Adhering to the BEM (Block Element Modifier) methodology, Stack makes element and plugin customization logical and predictable. Thorough explanation of class and data attribute modifiers means you won’t be left guessing — It’s all here in Stack’s Element Index. For those who want to delve deeper, check out Stack’s extensive browser based documentation. 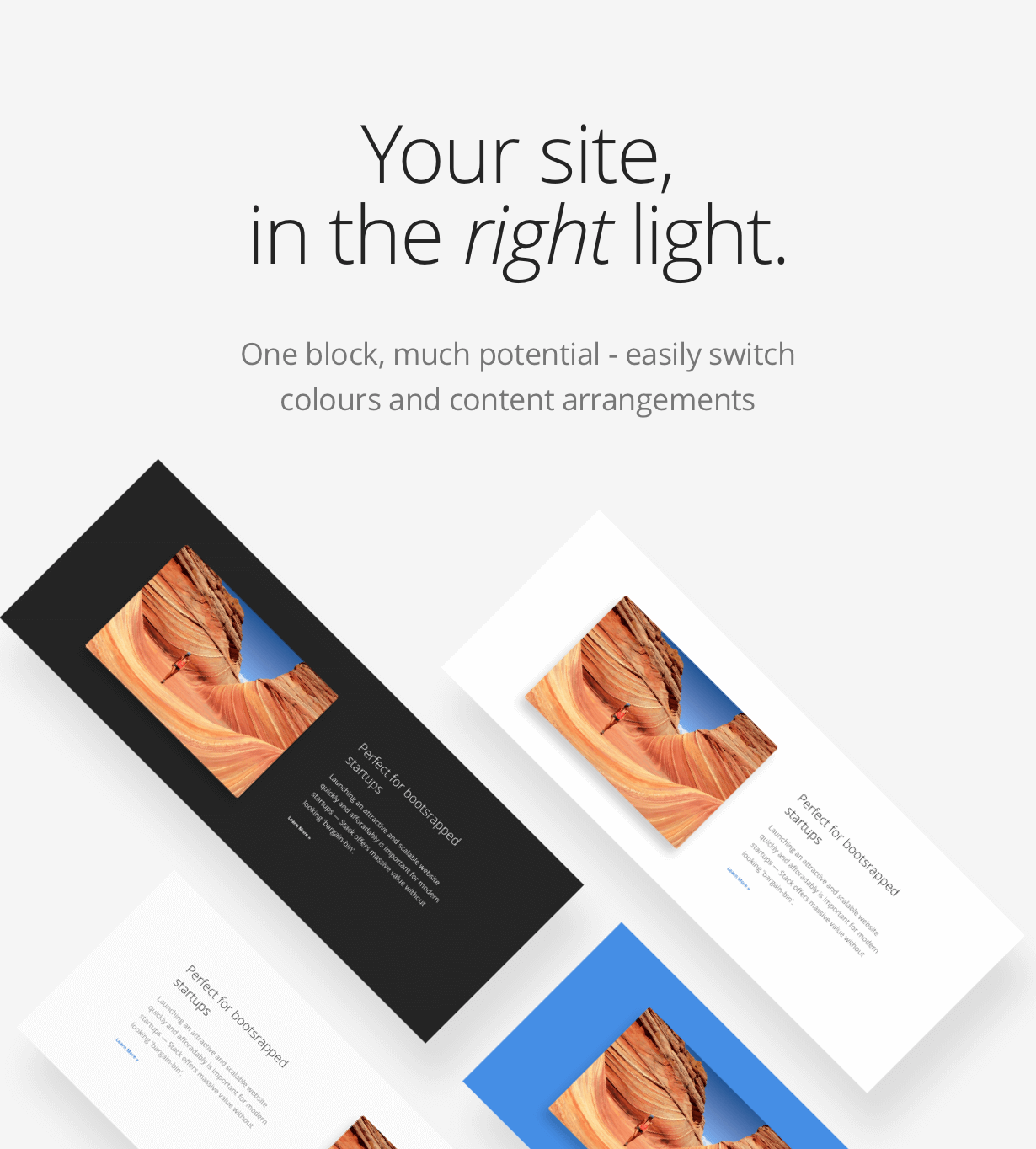 Stack offers a formidable toolkit for designers to create diverse and beautiful websites that are underpinned by rock-solid design fundamentals. Layouts conform to a baseline grid, typography scales appropriately with different devices and colour schemes allow for a fully brandable design. In its original flavour, Stack showcases a clean and contemporary look fit for a range of purposes; employing the many colour scheme and font pairing options opens up a new level of aesthetic opportunity; Stack is a stunning canvas awaiting your touch.

The optional Variant Page Builder lets you select from over 240 interface blocks: customise colours, content arrangements, add image backgrounds, switch out icons all at the click of a button — the layouting potential is near limitless. Assembling mockups is no longer a tedious task, get working prototypes to your clients lightning fast and deliver production-ready pages easier than any traditional HTML template. Try it now. 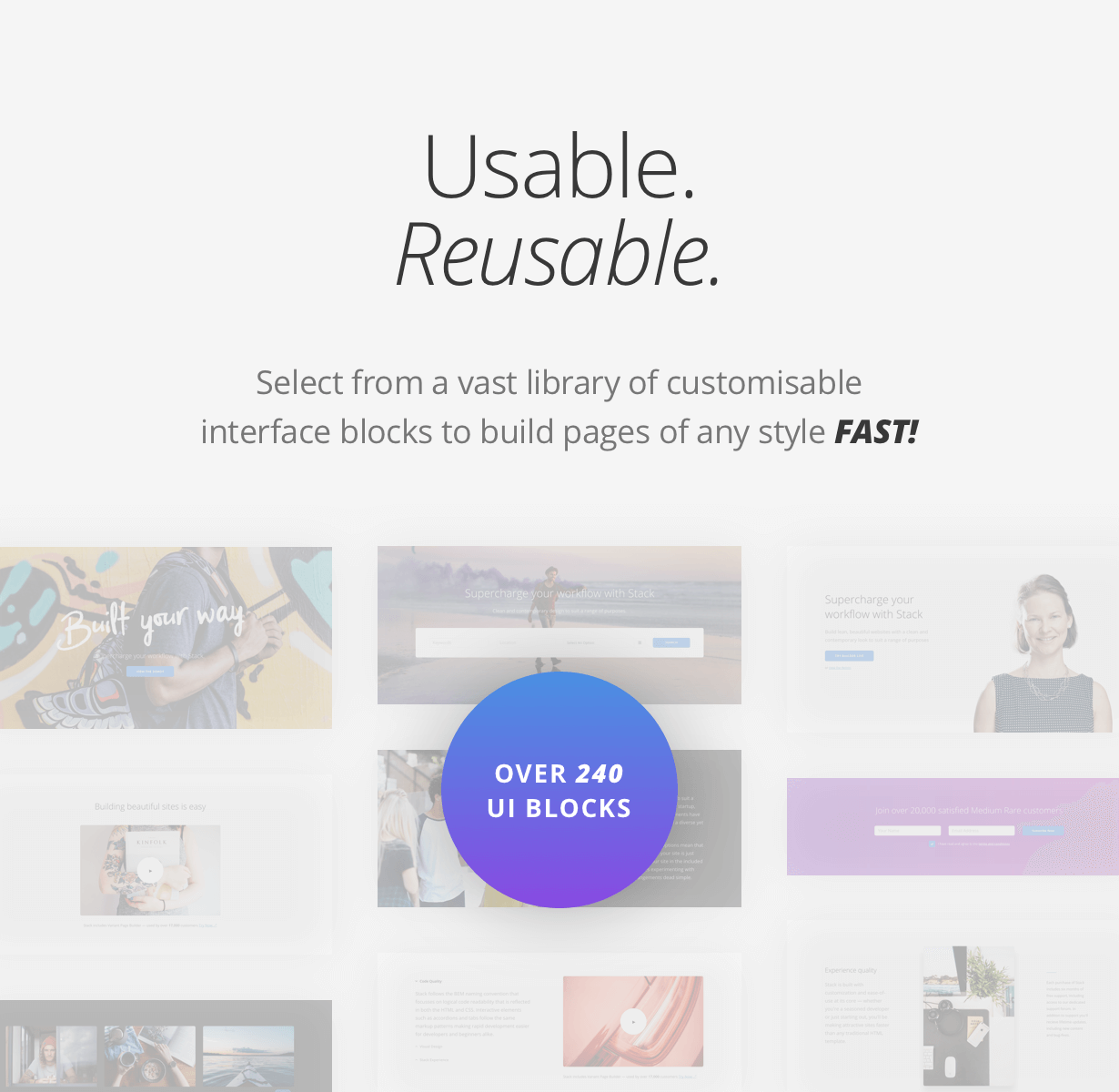 Built with Beginners in mind

Medium Rare templates are renowned for being beginner-friendly and Stack represents an even deeper commitment to accessibility. Whether you’re just starting out with HTML or come to website creation as a hobbyist, you’ll find a suitable entry-point.

Variant Page Builder helps you to build fully working pages by selecting from over 240 premade interface blocks. Easily adjust the look and feel of your design using the smart controls on each block, change text content simply by typing over existing text, add your own images with the image selector and more — once done your page is exported as pure HTML, ready for deeper customisation.

Stack features thorough and well-written documentation to help guide you in customising pages to fit your needs, and if you get stuck – we’re always close at hand via our dedicated support forum mediumrare.ticksy.com. Each license purchase gives you 6 months of prompt and professional support! 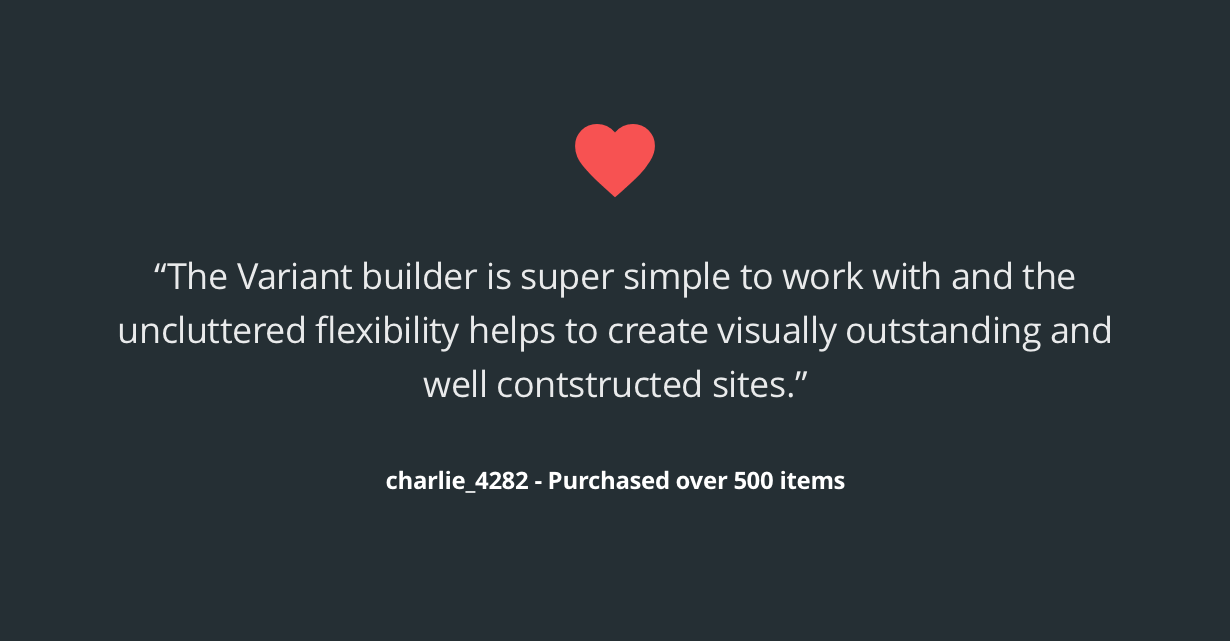 Quickly assemble pages using pre-built interface blocks and visually edit content directly on the page. Variant enables you to move quickly beyond working mockups to production-ready pages that output in pure HTML ready for deployment, or for your own code customizations. Your workflow just got snappy. 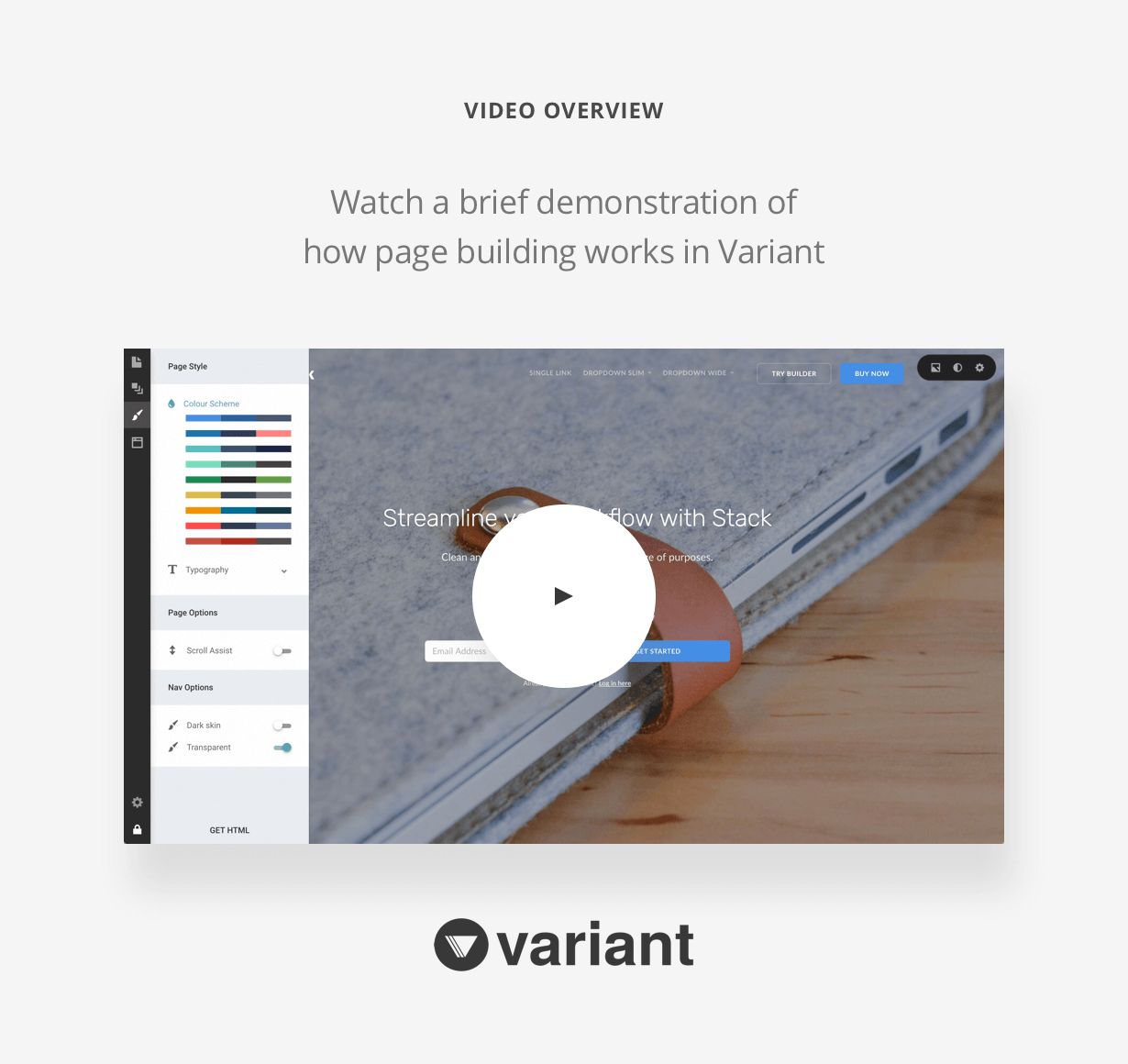 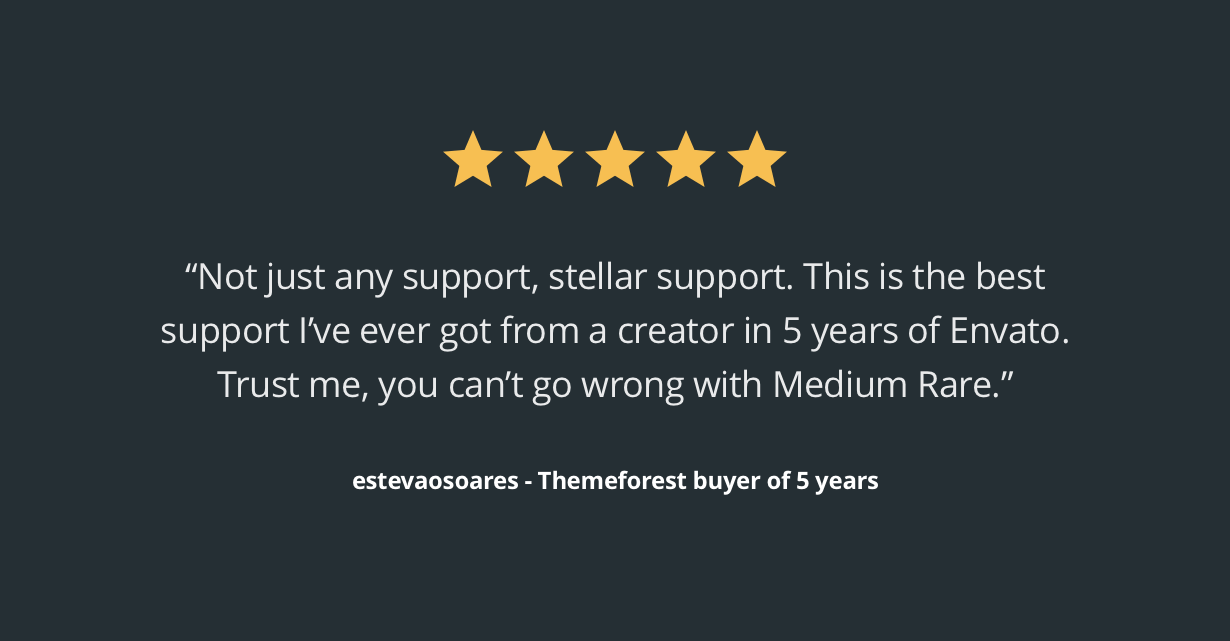 Each purchase of a Stack licence comes with 6 months of our much-celebrated customer support. We proudly back our products via a dedicated support forum (http://mediumrare.ticksy.com) where each day we help customers navigate the features of our templates and troubleshoot issues they may encounter. As an Elite Author, we’ve built a reputation on timely and personable support that keeps customers coming back — with Medium Rare, you know you’re in the hands of professionals.

Note: While most images in Stack are supplied in the download package – some images cannot be supplied due to licensing reasons and have been blurred heavily. 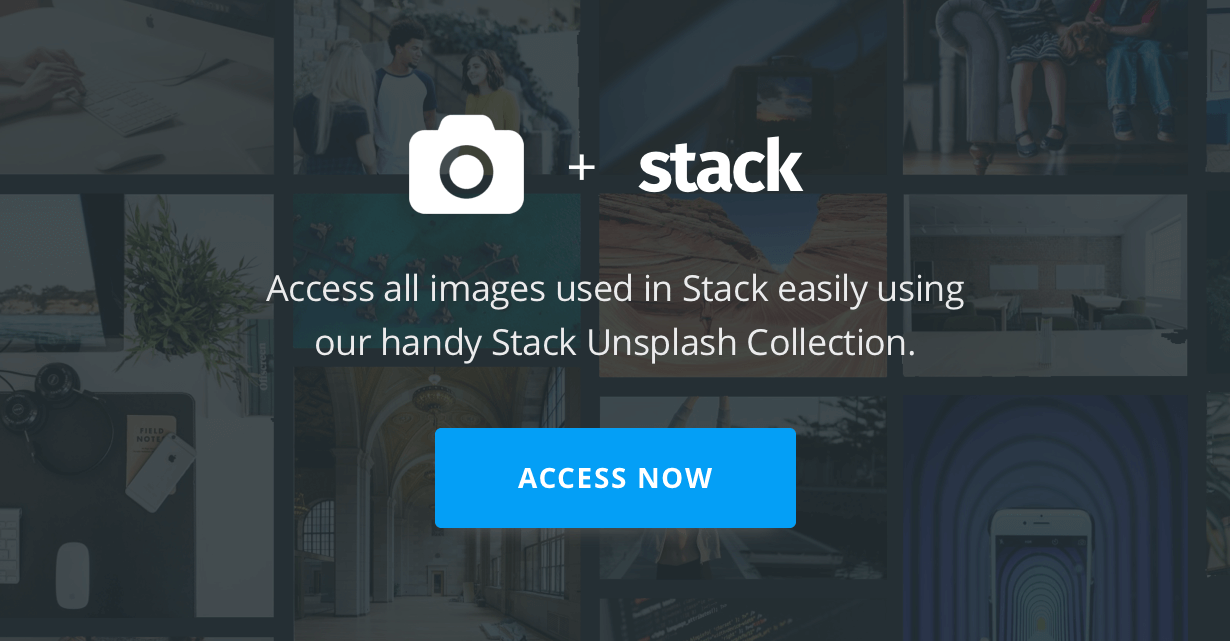 - Old pages will not break if left unmodified with Bootstrap 3.

- Upgrading Stack to Bootstrap 4 primarily changes Stack's HTML,
mostly around the nesting of rows and columns.

- Most elements still use the same HTML.

- If you have old pages, we recommend leaving them un-updated as
the work involved is painstaking and tedious.

- Rebuild old pages on the new HTML base if absolutely necessary.

- Updating existing pages is a manual process of rearranging HTML.

- There is no way to transform old pages to new pages in Variant.

- New pages can coexist on the same site with old pages, just make
sure your old and new pages reference a different bootstrap.css.

For any queries or if you need help deciding what to do with your
existing site, open a ticket at http://mediumrare.ticksy.com .